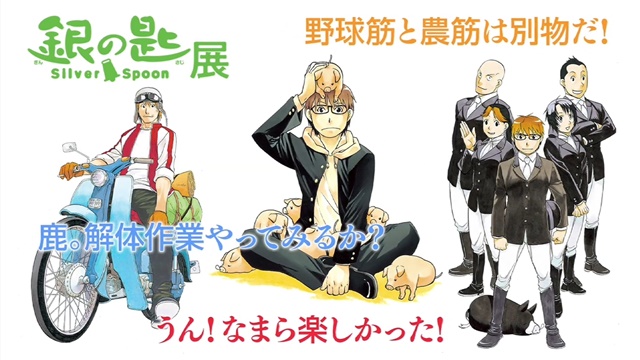 In commemoration of the 10th anniversary of the serialization of Hiromu Arakawa (Fullmetal Alchemist)’s farming-themed manga Gin no Saji / Silver Spoon, its first large-scale art exhibition will be held at Event Square on the eighth floor of the Matsuya Ginza department store in Tokyo for a limited time from March 8 to 21, 2021. While taking several long hiatus, the manga was running in Shogakukan’s Weekly Shonen Sunday from April 2011 and November 2019, and its 15 tankobon volumes have been printed more than 17 million copies in total.

This exhibition introduces the story of the protagonist Yuugo Hachiken and his friends as they grow up through various experiences at the Ooezo Agricultural High School by displaying about 200 precious original manga drafts and color illustrations including new ones for this, as well as production materials that have never before been shown to the public.

Also, there will be many other fun things to look forward to, such as the sale of about 150 kinds of original merchandise and photo spots. Further details of the exhibition and the goods will be announced as soon as they are determined. 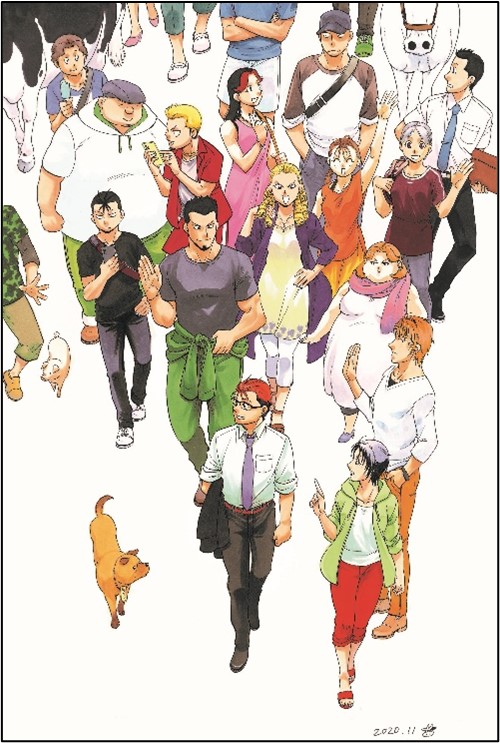 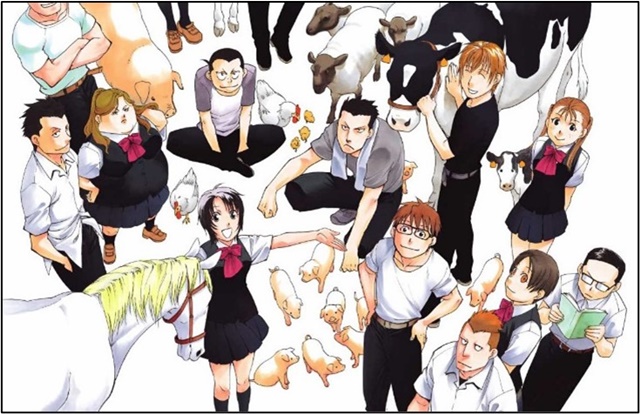 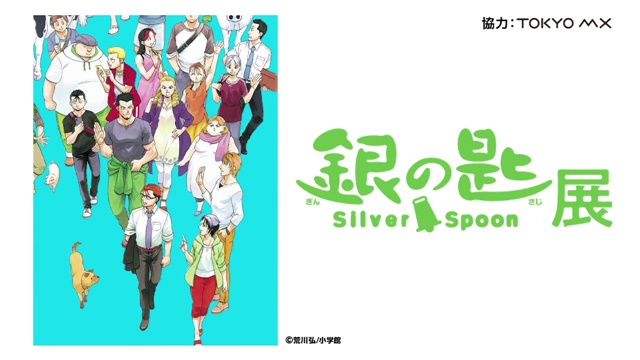